I have been a neurologist for over three decades. During that time, I have seen many patients who had been diagnosed with fibromyalgia.  Often times, they had been previously treated with anti-inflammatory drugs and antidepressants, yet their symptoms persisted. Headache, neck pain, fatigue, numbness, pain in the limbs, mild depression — each patient arrived with a list of very real symptoms that were having very real impacts on their quality of life. Yet,  with time I found that fibromyalgia was not always to blame and grouping them as such stood in the way of proper diagnosis and proper treatment.

After much time spent researching, we finally have a neurologic explanation for their symptoms: hypermobility, or those people who are extraordinarily flexible. The parallel between the symptoms associated with hypermobility syndrome and fibromyalgia is striking and understanding it may finally provide a path toward improved quality of life for patients who have been diagnosed with fibromyalgia.

Fibromyalgia and Hypermobility: The Parallel of Symptoms

Fatigue is a major symptom in patients with “fibromyalgia,” but it is also a symptom amongst patients with hypermobility.  Patients with hypermobile Ehlers-Danlos syndrome, as well as Hypermobility Spectrum Disorder (HSD) have narrow, flexible airways predisposing them to sleep-disordered breathing (SDB). Though often suffering from a milder form of SDB, hypermobility patients experience a recurrent partial or complete collapse of the upper airway during sleep, causing fragmented sleep, frequent awakenings and overall poor quality of sleep.

Another common symptom of “fibromyalgia” is neck, shoulder, or arm pain. As a neurologist, I know that many times these symptoms are caused by pinched nerves in the back, neck, or arm. Joint pain itself is also common in various types of arthritis.

Joint pain and neck and back pain are also present in hypermobility syndrome. These patients are oftentimes referred to as “double jointed,” and can touch their thumbs and fingers to their forearms, hyperextend their elbows, wrists, and knees early in life. This excessive stretchiness of their joints can result in multiple types of joint pain and early onset osteoarthritis.

Fibromyalgia often co-exists with migraines and other types of headaches. The problem occurs when rather than treating the headaches, the headaches are just lumped into a grab bag called fibromyalgia.

Headaches are also a very common complaint amongst hypermobile syndrome. So much so, that a team of researches and myself retrospectively reviewed the charts of hypermobile patients and found that 73% of them had major complaints related to headache or a migraine.

So, what does this mean for my Fibromyalgia?

You may have been diagnosed with fibromyalgia. Do you really have it? Maybe. Could the symptoms be linked to hypermobility? Maybe.

Either way,  the symptoms you’re experiencing are very real. Rushing to diagnose them as fibromyalgia and using anti-inflammatory drugs and antidepressants as a band-aid for them will not help you in the long run. The real help lies in finding an accurate diagnosis.

Once accurately diagnosed, all of your separate neurologic symptoms must be treated individually. Compare it to going to a doctor with a with a broken arm, a broken leg and a broken finger. Would you leave with just one thing treated? Simply get a cast on the arm and hope the leg and finger start to feel better? Absolutely not. And the same goes for the symptoms you’re experiencing. Headache, neck pain, fatigue, sleep problems. We have to treat every single aspect of your problem and then your pain will get better.

The good news is that if you do treat every aspect, your symptoms will get better. So before you accept a canned diagnosis of “fibromyalgia,” and begin taking anti-inflammatory drugs and antidepressants for the rest of your life, you may want to check into the real causes of your symptoms — your treatment and improved quality of life depends on it. 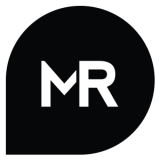